Needed a couple of things from Hazard Frought, and geez, the lines.... *Link* *Pic*
In Response To: My Hazard Freight Tool experience today... ()

Place had a lot of people for a weekday, but no more than during a typical weekend. But they only had one register running full time, and the other part time as the manager was running it while overseeing other things.

So the line went almost to the back of the store.

Been trying to avoid chinese made stuff, but needed a second pair of loading ramps (link) to match the ones I have. The new trailer's ramps are not handtruck friendly. Also needed a battery/alternator status doohickey that plugs into the lighter (pic). Had charging and battery problems, and needed a tell tale that worked because the idiot light on the dash never gave an indication of a bad alternator. 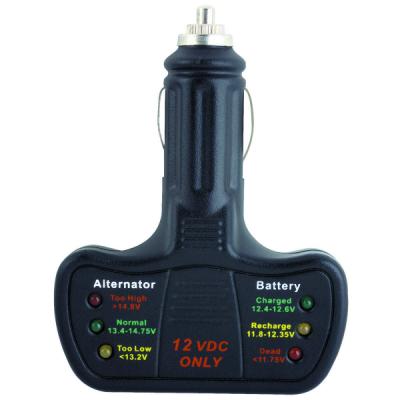