I mean, honestly - why would anyone need an early version of a gun designed by the same dude that made the Desert Eagle that shoots a known powerful man-stoppers in a Magnum caliber that takes proprietary mags that are really expensive when you can find them, and on top of that, its such a unique gun that nobody on the range will ever have one other than you?

Couple in the fact that .357Mag ammo is primarily used in revolvers, and therefore not nearly as subject to being sold out when you want to buy a bunch, unlike the .45ACP that most 1911s are chambered in.

I mean, who would want one of these guns? I dont get it. 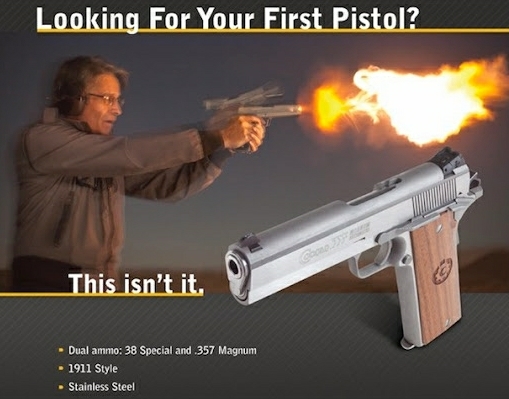