A Pantera coach being assembled at the Vignale coachworks in Turin Italy, late 1969/early 1970.

Ford planned to sell 5000 Panteras per year, which required a manufacturing capacity of 96 cars per week which because of supply chain issues from various factories in Europe, never happened.

By 1974 the climate of the US automobile market was vastly different and more volatile than it had been in 1969 when the Pantera was designed. The US was experiencing its first interruption in oil supply (an embargo). There was increasing public awareness in regards to air pollution, fuel economy, consumer protectionism and passenger safety. Market shares were shrinking due to European and Japanese imports.

The US economy was entering a severe recession. These factors created a rapidly changing business environment for the US auto corporations. The priorities of Ford management had shifted to keep pace with the political, social and economic priorities of the times. The Pantera was never assembled in the volume expected by Ford, therefore Pantera sales had never reached the numbers Ford had projected.

The public demand for performance cars had subsided. 1974 sales numbers had declined from the levels of 1972 and 1973. At the end of the 1974 sales year many unsold Panteras remained in dealer inventories.

US Ford decided that 1974 would be the final year they imported and sold Panteras. The last Pantera imported to North America by Ford, chassis 7380, was assembled in August 1974. 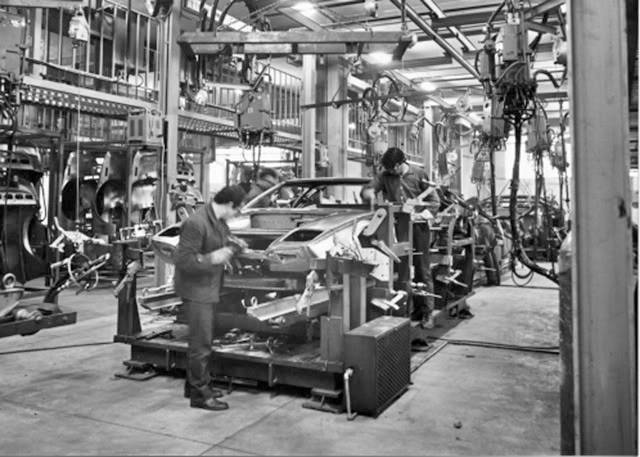