Clown is shot dead while trying to defend a mother and baby from a robber in a restaurant in Mexico
Children's clown Humberto Rojas Landa was shot dead during Mexican robbery
'Doctor Cosquillas' was trying to defend a mother an her baby from armed man
Landa threw a jug of water at the intruder who shot the 51-year-old in the head
CCTV footage showed the suspect, who is still at large, fleeing from the scene

A brave clown who helped sick children with laughter therapy was shot dead trying to defend a woman and her baby when they were attacked by a robber in a restaurant.

Humberto Rojas Landa, also known as Doctor Cosquillas, or 'Doctor Tickle', was gunned down in a busy restaurant in Puebla, Mexico.

According to witnesses, an armed man broke into the restaurant in the Chulavista area of the city in order to rob customers on February 6.

The heroic clown, also known as Payaso Solecito - Little Sun Clown in English - tried to defend a woman and her son from the man and hit him with a water jug.

The robber then shot the 51-year-old in the head before fleeing the scene with only a single stolen mobile phone as loot, local media report. 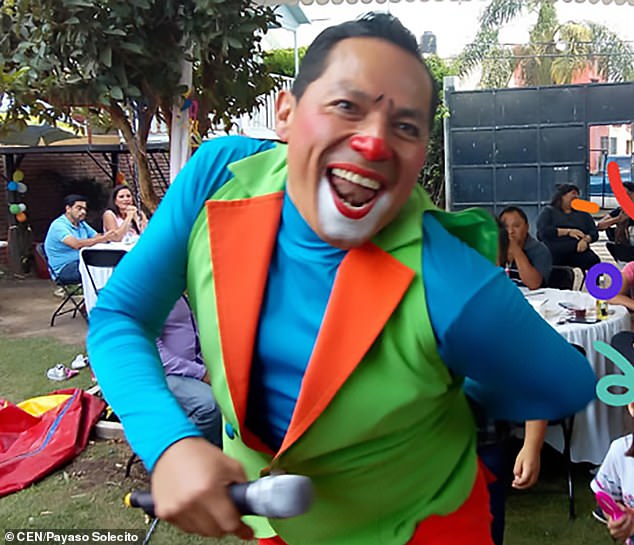