A New York man accused of murdering a teenage social media star last July had a change of heart and decided to plead guilty to second-degree murder. Brandon Clark, 22, admitted to stabbing Bianca Devins to death and then posting photos of her body on social media.

Police say that while Clark and Devins were not romantically involved, he became infuriated after she kissed another man during a concert in New York City. The next morning, as the pair were driving back to Utica, he slit her throat with a large knife. Clark then shared photos of her body on social media. He also cut his own neck and shared a photo of himself bleeding, threatening to end his own life as well.

Clark apologized for his actions and said that he didn't want to put Devins' family through a trial.

"I know she didn't deserve what happened to her," Clark said in court. "And I think that I need to realize that what I did, I can't undo, as much as I want to, and I need to face it. And I apologize to all the people that knew and loved her. I apologize to everybody affected by this."

He faces 25 years to life in prison and will be sentenced on April 6.

The gruesome photos of Devins remain online, and her family is trying to get them removed. They are working with politicians to create a new law that would make it illegal to post similar photos online and make it easier to have them removed. 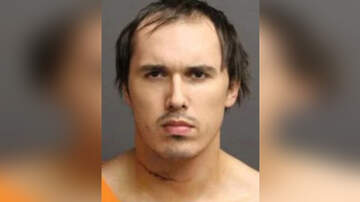